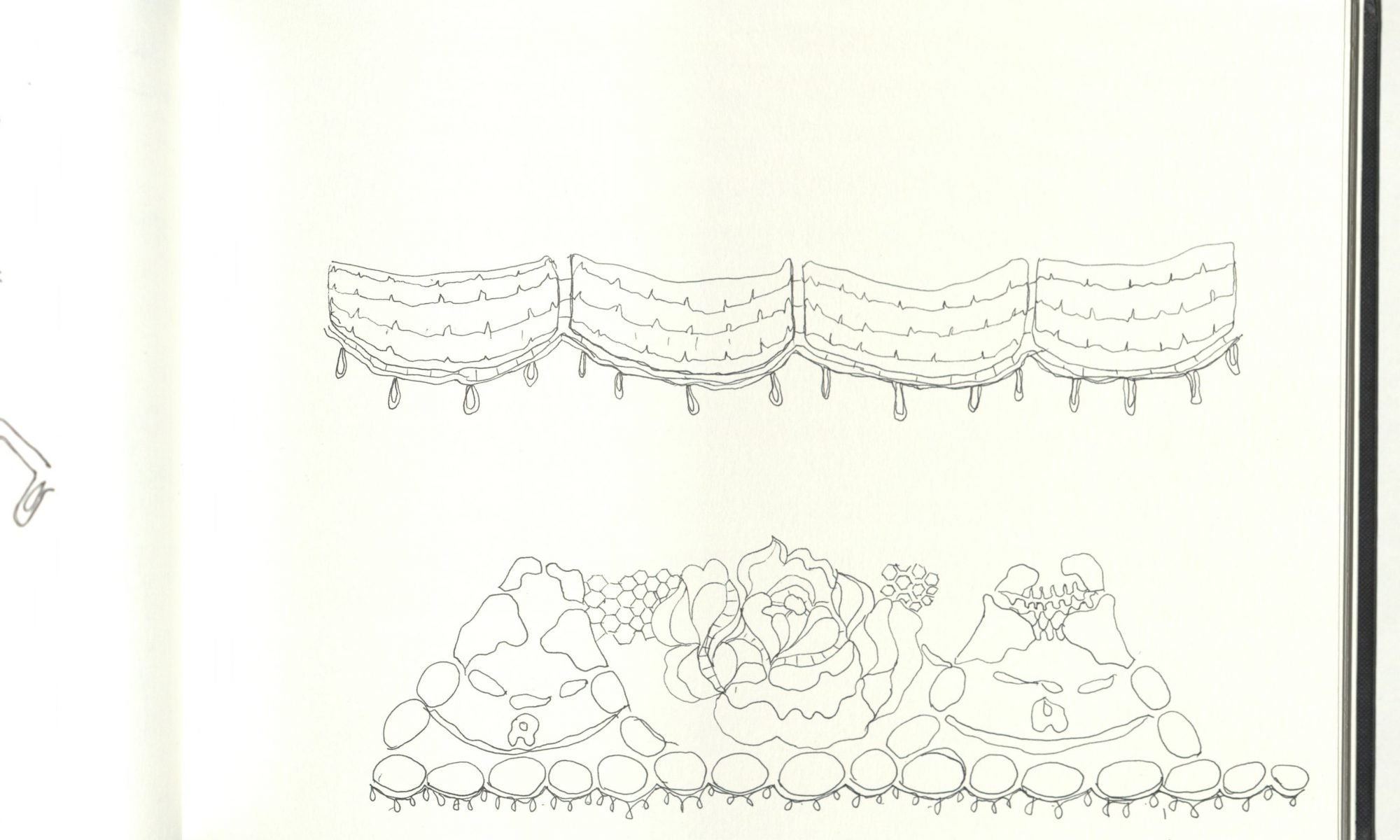 What is a picot? Pat Earnshaw says in A Dictionary of Lace (year) that a pearl, purl or picot is ‘a short loop used to enrich the outline of a [lace] motif, a border or bar’.

In bobbin lace, a picot is formed of two threads twisted into a loop and held in place with a pin. In Leavers (a form of machine-made) lace, picots are held in place using a fine thread called a support thread, which is withdrawn after manufacture.

I was intrigued by the idea of using text around the edge of the lace as a decorative edging, but also to tell the story behind the design. (Click the gallery to read the captions)

I also like the idea of adding text as picot in a separate layer, or even separating it entirely from the shape it once surrounded, just leaving the space where the motif was. The text was too flimsy to hold it’s own shape, so I looked again at embroidery on net to hold the text. See ’embroidery on net’ to find out more