My MA project title was originally Sprigs, Brides and Prickings. Even though the direction changed last summer (more on this later) I decided to keep the title.

A ‘sprig’ is a single lace motif in Honiton lace. They were a kind of pre-mechanised production line before the development of lace machines in the 18th century. A girl might learn the trade by starting small and simple, working up to more elaborate designs as she improved. She could ‘earn as you learn’. I feel like my early research and work on this MA are like learning to make sprigs, starting with basic ideas and learning my new research craft as I went.

Then finally, prickings are still relevant because they bear the ‘trace of use’. Prickings are cards for handmade bobbin lace, they have the design punched in to carry the pins. You can tell when they have been used and they show traces of their life, a bit like fossils show us traces of life in the rock. They may also contain codes about the type of stitch to be used in an area. 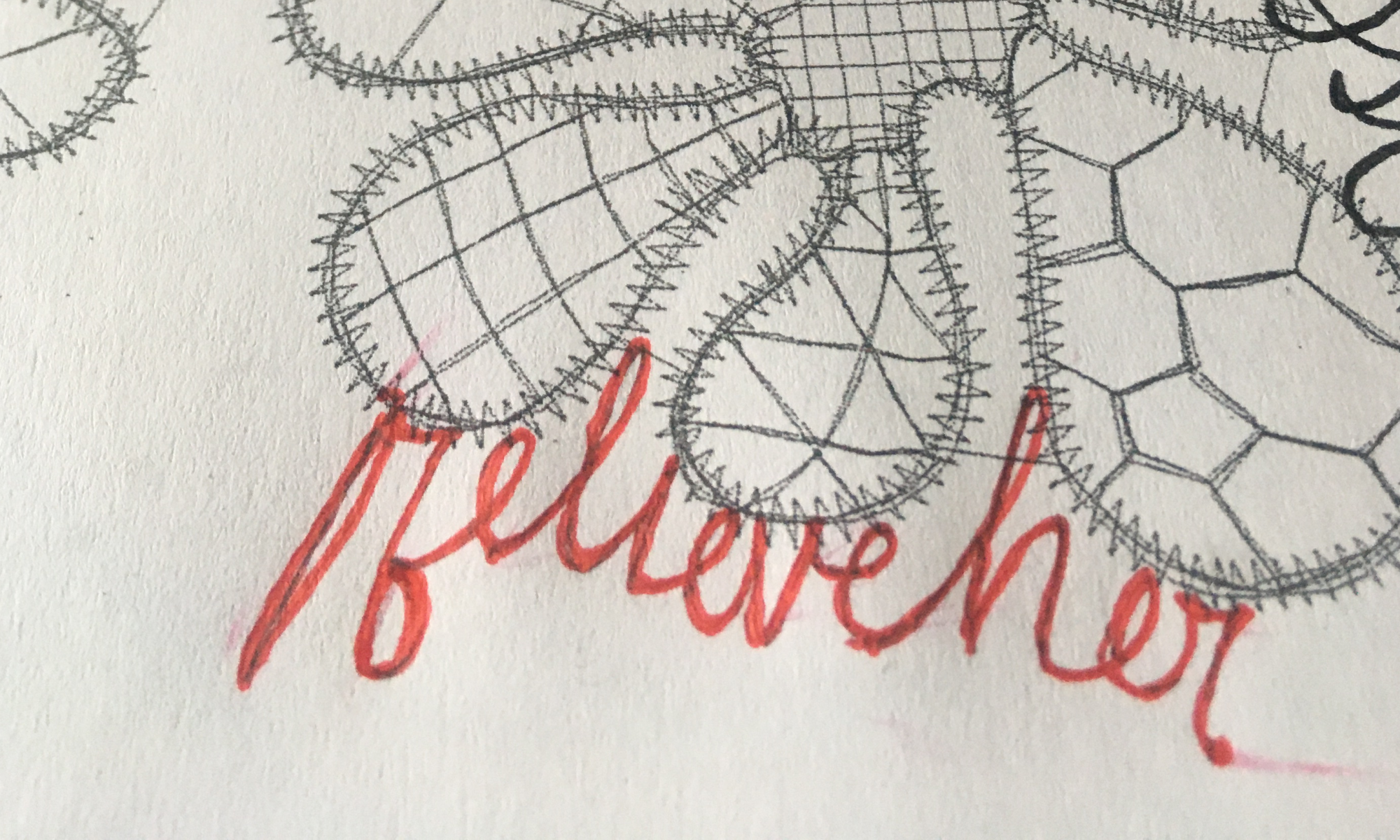 The story of Tina Negus back in the 50’s got me thinking about women and girls whose experiences are still not given credence today. The case of Harvey Weinstein, jailed for sexual offences in 2020, broke in late 2017 and when I began my MA journey was still in the media. Initially women who came forward to speak of their experience at the hands of Weinstein and others were not believed. On 15th October, 2017, American actress Alyssa Milano posted on Twitter,

“If all the women who have been sexually harassed or assaulted wrote ‘Me too’ as a status, we might give people a sense of the magnitude of the problem,”

the hashtag went on to become a phenomenon, with women from all walks of life (including this one) posting ‘#MeToo’ tweets. It became clear just how many women suffer everyday sexism and harassment, and yet only 1.7% of reported rapes were prosecuted in 2018 (The Independent 25 April 2019). The extent of everyday harassment prompted a number of questions from men I have known all my life, and the question ‘why didn’t you say anything?’ For many it was about taking on power, and putting one’s neck on the line to say something. If you weren’t believed then you put yourself in a precarious position at work, at school at uni, for no reason. Silence was safer.

So the story of a girl whose words were given no importance, whose discovery would have changed her future, seemed to fit this time. We have to start more sentences with ‘I believe her’