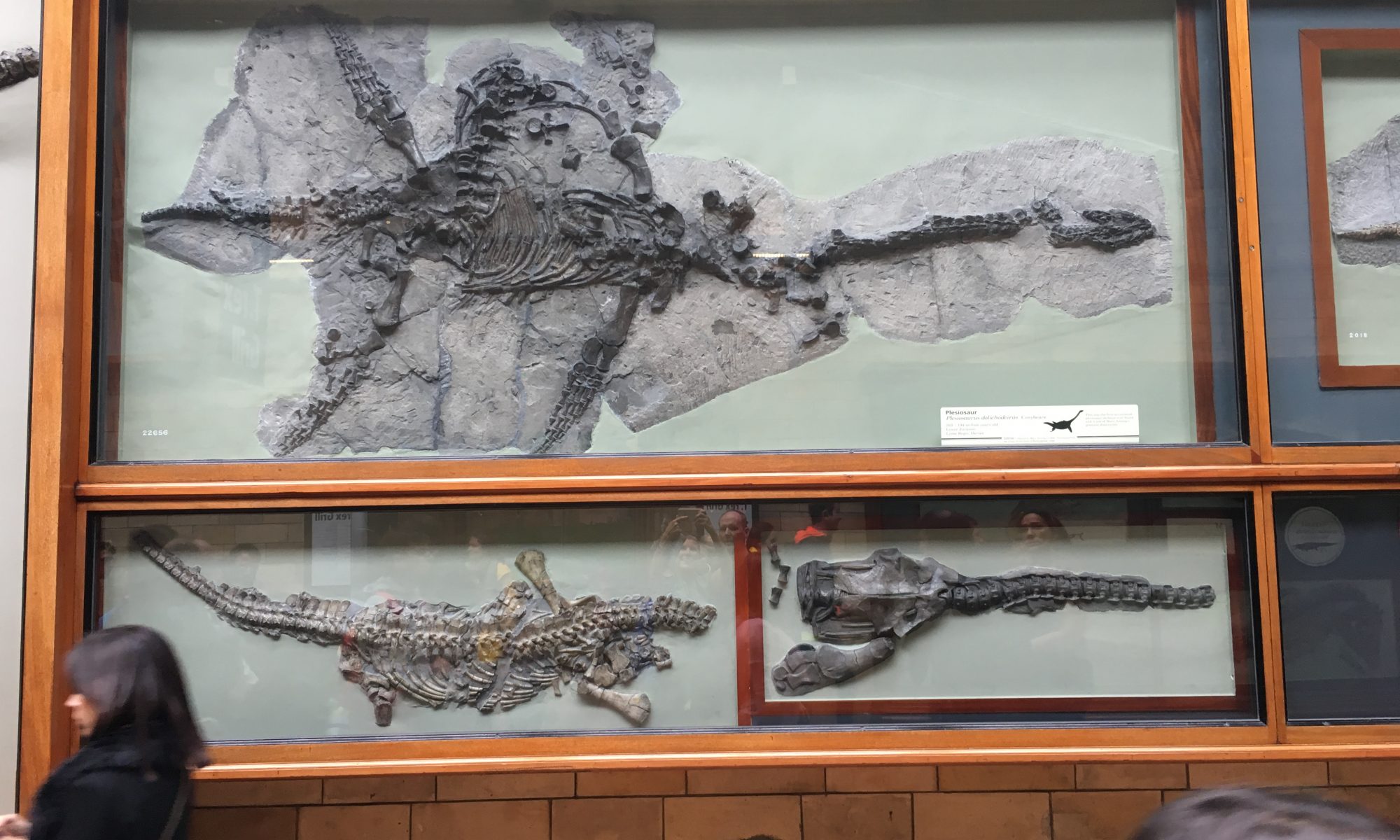 I ‘m from Barrow Upon Soar in Leicestershire, it’s famous plesiosaur on the roundabout ‘Jerusalem Island’ just down the street from my house. The village was busy with lime working in the 19th century, and those mines yielded a number of marine fossils, including many complete plesiosaur and icthyosaurs. The whole Charnwood area was covered by ocean in the time when animal life was just beginning, so many fossil discoveries have been made locally. I’ve already posted about Tina Negus and her discovery of the Charnia fossil in the 1950s.

My mum Ann grew up in 1950s Barrow and remembers her Dad, a grocer, taking deliveries around the Charnwood Forest. Sometimes he took his daughter with him. I imagine Mum and Tina, being separated by only a few years and a few miles on that day in Charnwood. Mum has been an evangelical christian all her life, and sometimes struggled with the idea of fossils, dinsoaurs and evolution. But she’s cool with it now. (Good job really, or she isn’t going to like this project!)

In October 2019, I visited the Natural History Museum and checked out some of the fossils found in Barrow. I also saw plenty of other sea creatures, ancient and modern.

The holotype of the Charnia Masoni fossil found by Tina and Roger Mason is kept at Leicester New Walk Museum, as is the ‘Barrow Kipper’. I didn’t see any other Charnia fossils until I went to the Museum of Natural History in Oxford in February 2020.